Stories behind the Christmas cake 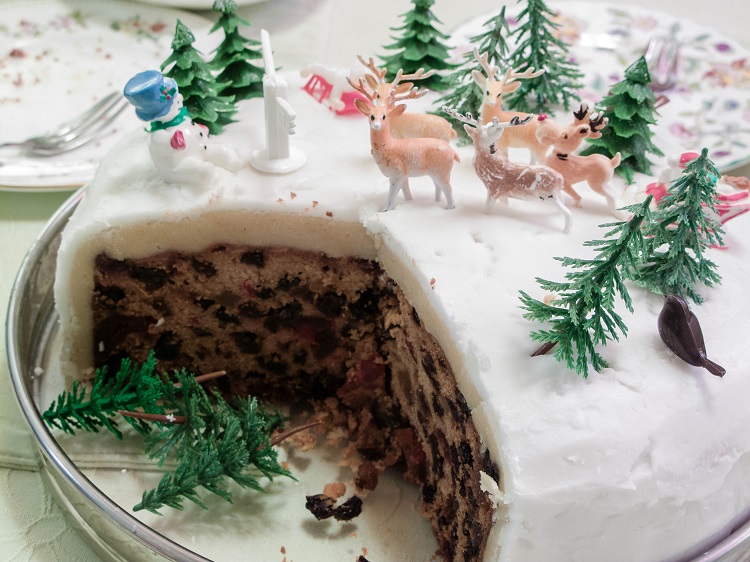 December is here and Christmas is just a week away. People are all geared up to cut the Christmas cake and indulge into celebrations. This has been a tradition for centuries now and it is followed in almost every corner of the world.

There are a lot of online sites if one is thinking from where Christmas cakes to buy and to get some fun and living up to the traditions. But before doing that, have you ever thought that why Christmas cake is special and is different from all the other cakes? Also, what exactly is the tradition that people mainly follow?

Well, if one looks back to the tradition, then Christmas cakes were actually the amalgamation of two delicious dishes. One is known as the Twelfth Night Cake and the other is the Plum Porridge. This plum porridge was found in the year 1573 and from that year it has been consumed on the day before Christmas or to be precise the Christmas eve. Also a lot of food historians think that Christmas pudding later actually derived from the plum porridge.

Back in the 16th century, in order to make porridges, oatmeal was used and later it was replaced with other ingredients like butter, wheat flour and eggs. This is because they became easily available in the market. People gathered all these ingredients and then mixed them together in order to bake them either to a pudding or porridge. People who were rich also added some dry fruits in the recipe as well. But when it comes to Christmas cakes, it evolved much later and by that time dry fruits and spices became easily available in the market. Originally these Christmas cakes were eaten only on the Twelfth Night and not on the Christmas day. Hence they were termed as the Christmas cake.

Much later the day of Christmas and its celebration became more elaborate and prominent. It became popular and from the year 1830 people started to celebrate this particular day by cutting an actual Christmas cake. Once the Victorian Age started people also started to decorate those Christmas cakes than rather just simply baking them.

One can always send Christmas cakes online, but one must know that there are 2 basic kinds of Christmas cakes that are available. One is known as the Scottish Dundee cake which is prepared with whiskey and then there is the Classic Fruit cake which is made with marzipans and icings. The Dundee cake is much lighter because they do not have much cherries, nuts and raisins.

Christmas cakes have a particular baking process. This is mainly made on the last Sunday in the November month and then the process goes for a month. One has to keep adding whisky and sherry to the cake at a very small amount every day by making small holes in the cake. It keeps soaking them till the Christmas day arrives and the cake is ready to be cut and eaten by family, friends and then celebrated.